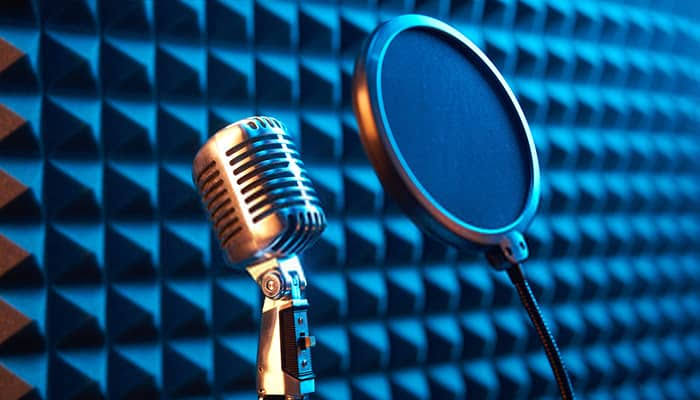 Most times, people use the words “narration” and “voiceover” interchangeably as though they were the same.

They’re not wrong but they’re not entirely right either.

In terms of definition, there’s almost no significant difference between them.

If you searched the definition of both terms, they’d pretty much tell you the same thing…

Narration means to provide a spoken commentary for something such as a movie or television show.

By this definition, it is almost impossible to say that voiceovers and narrations are different.

But when it comes to function and technique the difference is glaring!

As a voiceover actor, you must learn the difference between these two words to show your clients that you know your stuff.

What are narrations and voiceovers?

Generally, narrations tell a story either in the first or third person and usually, the narrator is a character in the story.

Because of its nature, narrations help to get through movies or long stories quickly.

For example, instead of acting out decades of action and drama, narration helps summarize these years in a few sentences…

And this is why most books turned movies include narrations – to cut out a lot of acting.

In essence, the function of narrations is to help with smooth transitions from scene to scene and to shorten a long story.

Voiceovers on the other hand use a voice that is off-screen and isn’t part of the story as a character.

One of the major differences between voiceovers and narrations is:

Any voiceover actor would tell you that there are different sounds and expressions when recording voiceovers as opposed to narrations and the microphone placement is one of the basic things that help you get your desired sound.

For instance, when recording animations, you’d want to be a little distant from the microphone to make it sound more natural while movie trailers or announcements need proximity to capture and command attention.

So, when it comes to microphone placement, narrations and voiceovers in itself are very different.

Because voiceovers are diverse and require different sounds and expressions compared to narrations, certain equipment is necessary to produce flawless voiceovers.

For this, you’d need an audio ducking software.

What it does is lower background sounds when you’re speaking and then it automatically increases it when you’re done speaking.

If you listen to the radio often or pay attention to advertisements or commercials, you would have heard something similar…

One minute you hear a voice with a subtle song playing in the background and when they’re done speaking that subtle song gets a lot louder.

Another piece of equipment that uniquely differentiates narrations from voiceovers in terms of technique is the compressor.

It decreases the volume of the blaring sounds and increases the level of the whole track, causing the entire track to sound louder than it is.

What this just means is that it evens out the volume of your audio.

If you’ve ever tuned in to a radio station and found yourself reaching for the volume button occasionally then that’s an evident result of not using a compressor.

But any voiceover actor who plans to succeed in the field should do well to know the difference between the narrations and voiceovers.

It’s like a doctor using the terms diagnosis and prescription alike or a lawyer calling a defendant, a plaintiff…

It portrays you as someone who lacks professionalism and expertise

And you wouldn’t want to lose clients because you don’t know the lingo of your industry.

A glimpse into South Africa -It’s Culture, History, and Best Places to visit

Tips on How to Create a Great Voice Over Demo