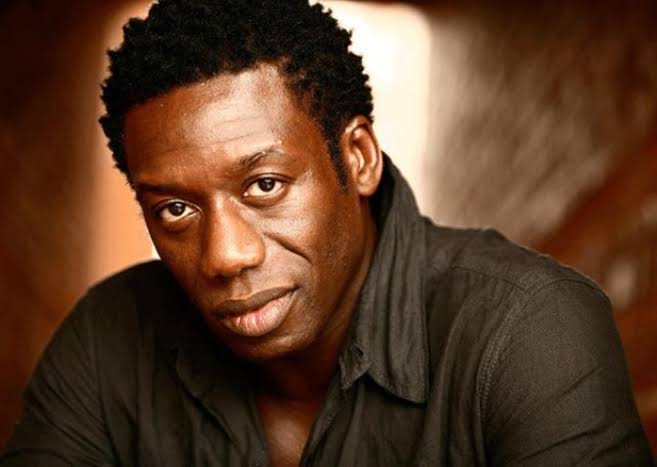 Hakeem Kae-Kazim is a British-Nigerian actor and voice-over artist who has built a reputation as a wonderful actor and an even better voice actor. His works as a voice actor have earned him the name ‘the man with the beautiful voice’.

Hakeem Kae-Kazim is a British-Nigerian actor, and voice over artist. He was born in 1062, in Lagos, Nigeria, where he spent his early years before he re-located to London, England with his family.

He developed an interest in acting while he was quite young and he began his journey with school plays and The National Youth Theatre. Hakeem was trained at the Bristol Old Vic Theatre School, graduated in 1987 and was immediately offered a space with The Royal Shakespeare Company where he continued his training.

At the Royal National Theater, Hakeem Kae-Kazim worked alongside Brian Cox and Jan McKellen before transitioning into British television. There, he appeared in movies and series including Trial and Retribution, The Bill, and popular series Grange Hill.

He then moved to South Africa, where he became well known for film and television roles. It was his role as Georges Rutaganda in the critically acclaimed and Oscar nominated film Hotel Rwanda, which brought him to limelight internationally.
Kae-Kazim followed the success of Hotel Rwanda with roles in films like Slipstream, Pirate of the Caribbean : At World’s End, X-Men Origins, Front Line, Sean Astin and TV shows like Lost, Law and Order, 24, Dominion, Gotham, Roots, Dynasty, and Black Sails.

His role as Me Scott in Black Sails has been his longest running so far.
Hakeem Kae-Kazim currently stars as Zeus, king of the Olympians, in the BBC fantasy series Troy: Fall of a City
He has also been called the ‘Man with a Beautiful Voice’, having done extensive voiceover work ranging from television and radio to video games. His voice has been featured in a number of well known video games including Final Fantasy XIV, Halo 3 ODST, Halo: Reach, Pirates of the Caribbean: At World’s End, The Golden Compass, Guild Wars, and The Saboteur.

Hakeem Kae-Kazim once described voice over work as being “a lot of fun”, and something he enjoys doing.

Here’s Why You Need Your Own Home Studio