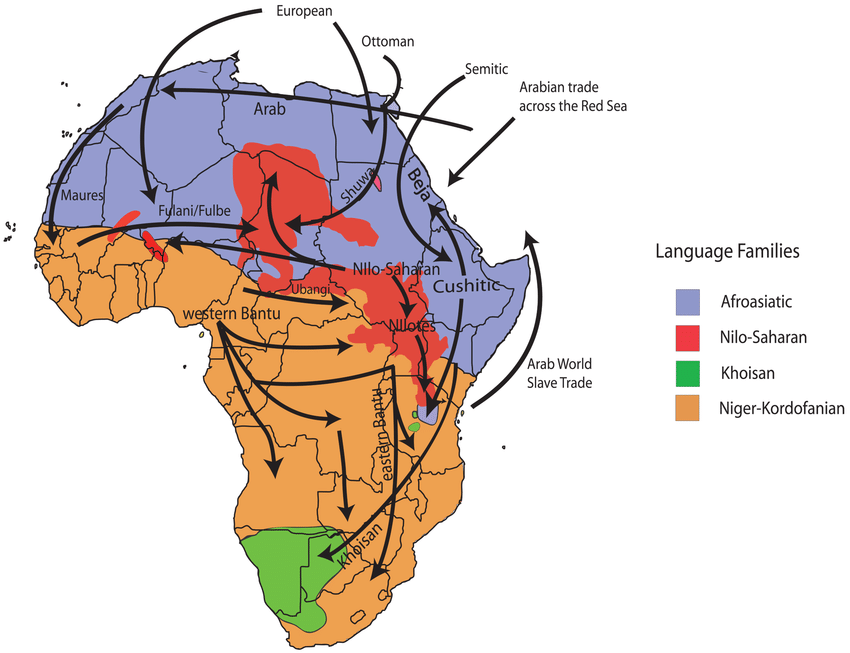 African Languages are numerous. there are about 2000 languages, many of which are on the verge of extinction. Most of the Languages spoken in Africa are can be classified under three language groups, mainly the Afroasiatic, Nilo-Saharan, and the Niger-Congo Language families.

Afroasiatic languages are spoken mostly in North Africa and in the horn of Africa. this group also extends into western Asia and in the Sahel.

Nilo-Saharan languages are the different languages spoken along the Nile valley and down into the areas around the river Niger, while the Niger-Congo language family is spoken in most of West Africa.

There are also many unclassified languages and many more languages that fall under smaller language groups.

NB: This table represents the most popular languages in the country. Nigeria has over 500 languages and dialects. Click here for a list of all languages.

the number of languages spoken in Africa opens the door to many voice-over artists and a huge door of potentials for the voice-over industry in Africa.

iVoiceAfrica is here to bridge the gap between clients looking for voice actors in Africa and voice talents. We are building a community of African Voice Actors that will do the best job.

Planning A Trip To Africa? Here’s All You Need To Know

5 Things you Should Never do as a New Voice Actor