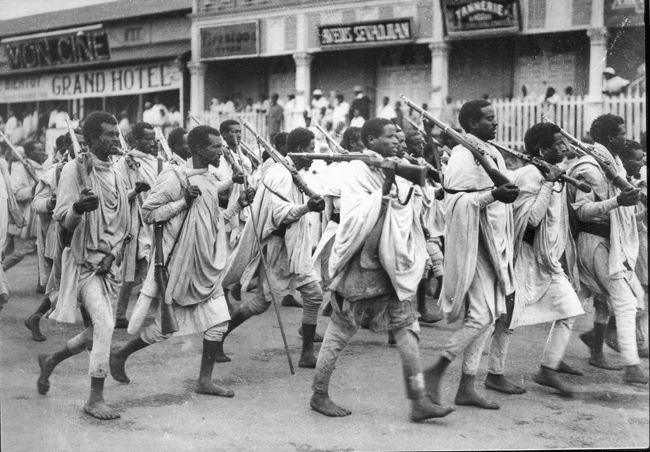 On the surface it might not look it but Ethiopia is one of Africa’s most interesting countries. From a fascinating history to absorbing facts, it’s one place you should look into.

The World War I and II were wars historically great and changing that we still read about it in school today.

Remember the battle of Black water and Castle Black from Game of Thrones? Of course you do. Those were epic.

And here’s one equally epic – The Battle of Adwa

Battles by nature shouldn’t be entrancing because there’s a lot of violence but here’s what’s intriguing about the Battle of Adwa – it’s the reason why Ethiopia is the only country in Africa that was never colonized.

Africa’s got a deep history of colonialism

From Spain to Great Britain, Portugal and Germany, it’s so deep that even after many years of independence there’s still much remnant of our colonizers.

But let’s talk about Italy and Ethiopia for a bit.

Brief History of Italy and Ethiopia

It all started in 1889 when Emperor Yohannes IV passed away and there was disorder as to who would ascend the throne. Which is normal in a continent like Africa…

Out of many potential emperors, there was Sahle Miriam of Shewa who had the support of the Italian government. They had been supplying him with weapons, ammunition and funds to acquire military strength.

With this power and influence, he got smaller kingdoms in Ethiopia under his rule and successfully secured the title of emperor – Menilek II

Under his reign, he signed a treaty with Italy called the Treaty of Wichale.

This treaty contained promises from both Italy and Ethiopia.

For example, there was the promise by Italy to provide loans as needed to Ethiopia and Ethiopia recognizing Italy’s claim over Eritrea.

Simple, right? A relationship with gives and takes

There was a specific article – article XVII, which both parties wrongly interpreted and eventually, this misinterpretation came to light and the treaty was renounced. As expected

The emperor, Menilek, aware of Italian troops in Eritrea which was close by began to prepare for combat.

How did a pleasant relationship all go sour? I mean, they could’ve talked it out?

The Battle of Adwa

Italy did have some success but they were futile.

Menilek’s forces were not only armed with machinery and ammunition but were also armed with shrewdness.

By spreading rumors, Menilek downplayed the strength his military force. Wise, wasn’t he? Causing the Italians to think less of his military might.

Like many battles, troops are bound to run out of food, water, clothing and ammunition and in this battle, both Italy and Ethiopia did.

Both troops were on the alert, waiting patiently waiting for who would attack first but nobody did.

Baratieri (commander of the Italian troops) eventually initiated a move. He gave the order to advance to Adwa with about 14,000 men.

As expected, their inadequacies in supplies, strength; disorganization, inability to mark terrain and lack of maps led to their defeat.

And like the battle of Castle Black, they were routed by Menilek’s forces. The Italians retreated through difficult terrain and many of them were killed while some were captured.

After this defeat, the Italians agreed to sign the Treaty of Addis Ababa which repealed the Treaty of Wichale and re-established peace in Ethiopia.

Till today, Ethiopians still speak of their flawless victory over the Italians and there’s also no doubt that Ethiopia has experienced tremendous growth over the years.

You should have on your list when planning a vacation. However, you should note that in Ethiopia there are over 80 languages spoken and you’ll most definitely be in need of a translator to make your trip suave.

Based on how Ethiopia’s growth over the years, do you think colonization in other African countries was a good idea?

5 ways to improve your Translation skills

How Fundamental Sound Recording Formats Affect the Quality of Voiceovers

6 Things to Have in Mind When Planning Your Voiceover Demo