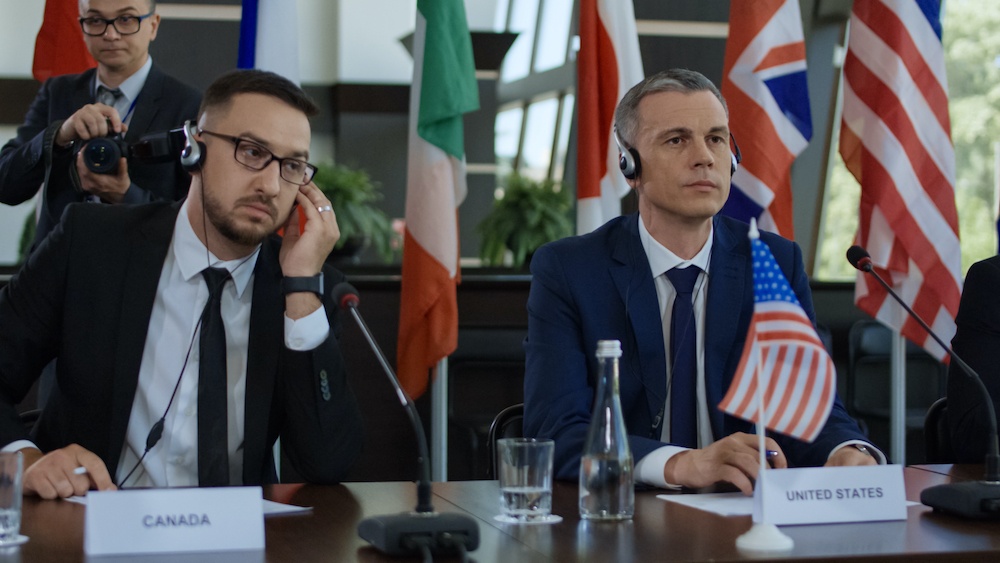 Interpretation is the bridge that connects people, services and businesses all over the world and it plays a very important role in our everyday lives.

Perhaps you’re trying to communicate with a group of people who speak a different language or you’re holding a conference that requires the use of various translators to ensure that no one is left behind or you want to expand your business across the globe to a people that don’t speak your native language.

These and many more are reasons why interpreters are very handy!

The Danger of Hiring Low-Quality Interpreters

As important as interpreters are, it is crucial to always hire professionals. Here’s why:

On the 10th of December, 2013, one of the biggest events in the world was held at the FNB Stadium in Johannesburg – the memorial service of Nelson Mandela.

The ceremony was graced with one of the largest gatherings of heads of state and government and dignitaries from all over the world. The then-president of the US, Barack Obama and his wife, Mitchelle; President Yaya Boni of Benin; Prime Minister of U.K, David Cameron and many more were present.

With as many dignitaries from all over the world present, there was one man the world could not stop talking about – Thamsanqua Jantjie, the sign language interpreter. Standing approximately 3 feet away from every dignitary who stood at the podium, Jantjie stood interpreting for deaf people all over the world.

However, while Jantjie did his interpretation, deaf people took to social media stating that he was a fake and was interpreting rubbish. Following the event, Jantjie was called an imposter by expert sign language interpreters.

Francois Deysel, after watching a video of Jantjie signing at the 100th anniversary celebration of South Africa’s ruling party – African National Conference (ANC) in 2012, stated that there was no sign language, just smacking of hands and movement of arms.

Paul Breckell, Chief Executive of the U.K based charity Action on hearing loss said that the quality of the sign language interpretation at Nelson Mandela’s memorial was very shocking; if it could even be referred to as sign language at all.

Nelson Mandela is one of the most respected men around the world but owing to unprofessional and low-quality interpretation at his memorial, the world was not pleased.

Although there are many controversies as to what really happened and if Janjtie is to blame, you can only imagine what would happen to any brand or company that decides to partner with him in the future.

The story of Thamsanqua Janjtie is one of the many reasons to hire professional and high-quality interpretation services but here are 5 more:

Ease: Hiring professional interpretation services creates ease in communication. It helps you converse and communicate with lack of difficulty, exchange ideas and it helps the overall conversation flow well.

Quality and Integrity: The case of Janjtie at Nelson Mandela’s memorial speaks for itself. People all over the world were outraged at the low quality of interpretation rendered. You need high quality interpretation services to preserve the integrity of your brand or business.

Boost business image: Introducing your brand to people who don’t speak any of the common and popular world languages is a demographic whose loyalty you’ve won. This helps you expand and reach minorities by doing something most brands aren’t doing.

Build trust: If a business can do so well to provide a competent interpreter then how much more the rest of their services? Being able to connect with people in their own language builds a relationship that makes people trust you.

It’s easy to build trust, uphold your company’s image with the right quality and avoid defamation and scandals owing to poor interpretations services. Get high-quality, skilled and competent professionals at iVoiceAfrica that can provide quality, inclusivity, ease, unity and build trust. Contact us via email: info@ivoiceafrica.com

How to Grow Your Small Business With Marketing

Re-introducing iVoiceAfrica – 2Years Down the Line

Life of a VoiceOver Artist (Part 2): Mentors and Time Management