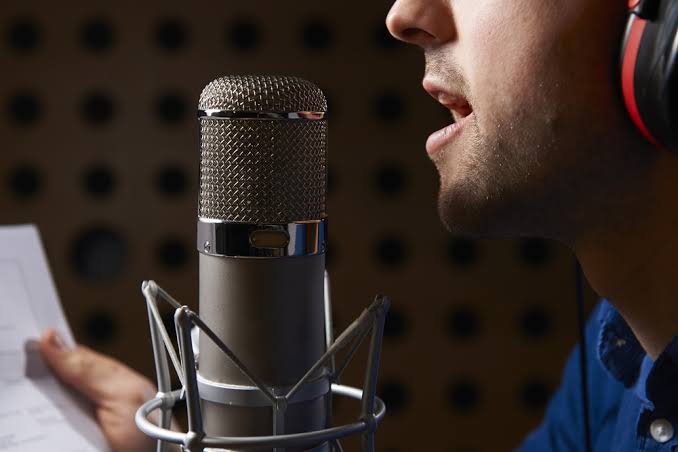 Audiobook narration is one of the most lucrative aspects of voiceovers. It is also one of the most interesting. You get to tell stories and thoughts of characters external to you in a way that convinces the listener.

While it is lucrative, it only seems to be so in the US. Most of the big-name audiobook publishers rarely hire people outside of the US, even when they need accents different from American English.

This trend is changing, however, with some self-published authors preferring to hire a local voiceover artist to work on their audiobook.

Some authors also like to do it themselves and it is understandable, in that everything said in the book is their idea. Who better narrates it than the original author.

Audiobook narration is by no means an easy task. It takes a lot of planning, insight, and great story-telling skills. And sometimes you may have to voice different characters with different vocal ranges, gender, and age.

It can be easy too though. This is why we have compiled a list of 3 things you should know when narrating an audiobook.

1. The Different Kinds of Audiobook
There are different types of audiobook narration. The first is the solo cast narration. Where the book is narrated by a single voice actor. Then there is the multicast where there are two or more voice actors alternating between the characters in the book. The third is the full cast, this is more like an audio play, where each character is assigned to a single voice actor.

2. Mind Your Pace and Volume
The most important aspect of audiobook narration is your pace. You don’t want to be too fast and you don’t want to bore your audience with snail speed.
Understand that it is about passing information across to your listeners, just like you’re talking. Sometimes you run through some sentences to get to the important part, and at other times you slow down to make sure the message is received.

3. Tell The Story
This sounds a little easy, doesn’t it? But sounding sweet doesn’t just do the trick, you really have to sound like you’re enjoying the narration like you’re actually a part of the book. One thing that helps you to achieve this is to scan through the book before recording.

Narrating an audiobook in African languages has never been easier. Ivoiceafrica provides voice-over services in every African Language and accent. Read about us here

5 Ways Voiceovers Can Increase the Presence of Your Company

How to Make a Good Advertising Jingles – 6 Practical Ways